Apple was granted two design patents for the iPad Air by the Hong Kong Patent Office yesterday. Apple filed its design under Locarno classifications 14-01, 02 and 03 which cover: 01 – “Material for recording or reproducing sound and images”; 02 – Tablets, touch screens and data processing equipment”; and 03 – Telecommunications equipment and more.

Below is the Hong Kong Patent Office “registered” design patent status form for the iPad Air. A part of the form that is not displayed indicates that the designs are now protected until 24-02-2026.

Below are the design patent figures for iPad Air. Unlike “patent applications” which provide the public with a summary, summary and details of an invention, design patents published worldwide are limited to providing the public only with design patent numbers. No additional design specifics are available. 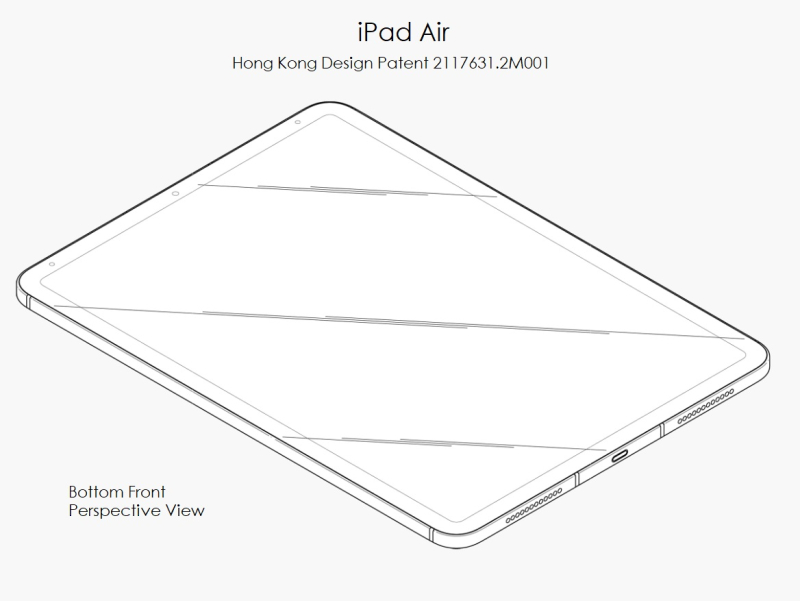 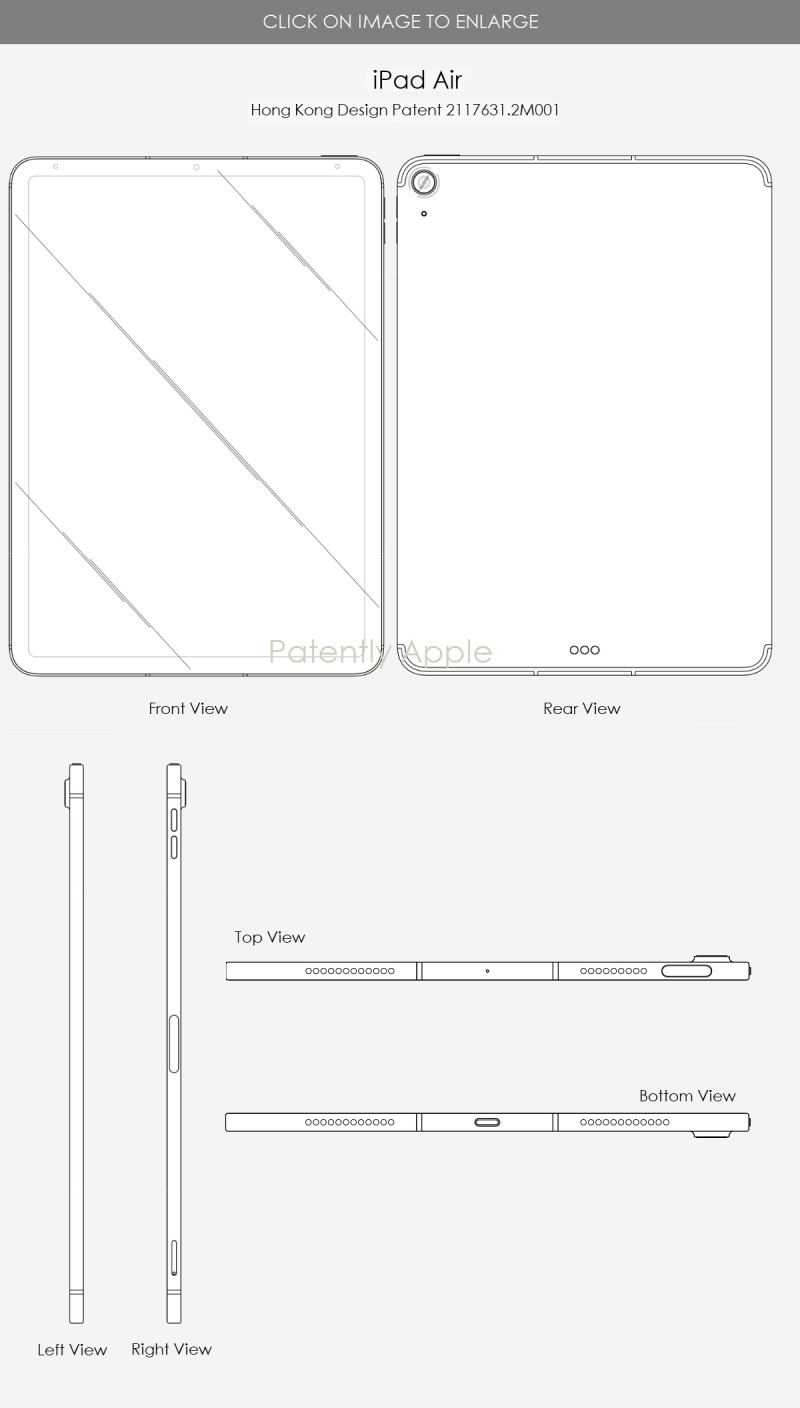 The second design patent under number 2117631.2M002 (not shown) only covers the frame of the iPad Air and not the buttons or the camera.

The US Patent and Trademark Office this week published a series of trademark filings by Apple. The first coversARABIC SF“, a new font in beta, as shown in Apple’s “specimen” page, including with their filing below. The trademark was filed under Class 009 covering: “downloadable computer software for generating, displaying, and print fonts”. 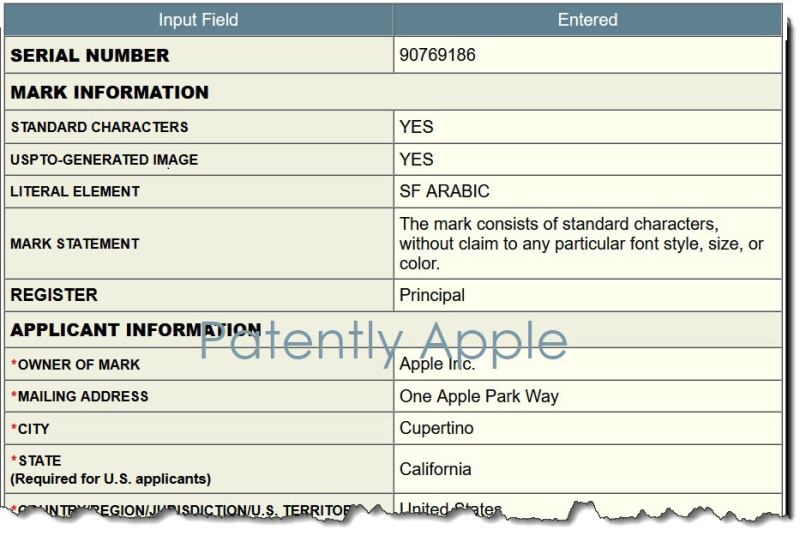 Along with this specific trademark filing, Apple provided the US Patent Office with a “specimen”, as shown below. The United States Patent Office defines a specimen as an example of how a company actually uses its mark in the marketplace with the goods or services in its application. 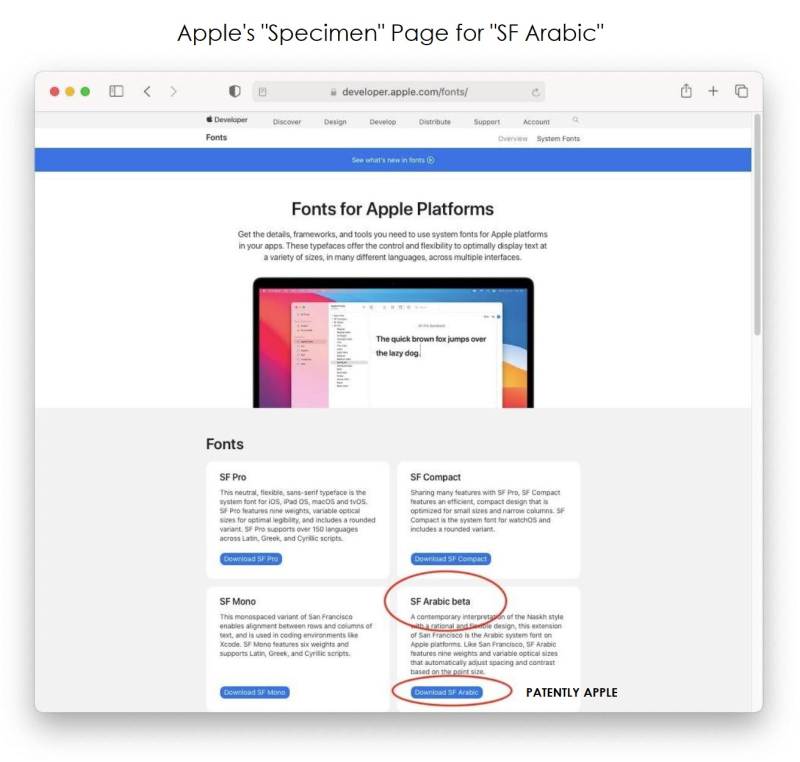 Tag: “There’s an app clip for that”

The second trademark filing released this week was for “There’s an app clip for that.” In February 2009, Apple launched the “There’s an app for that” advertising campaign with a video below.

This week, Apple filed two trademarks that represent a variation of their 2009 ad, with “There’s an app clip for that.” 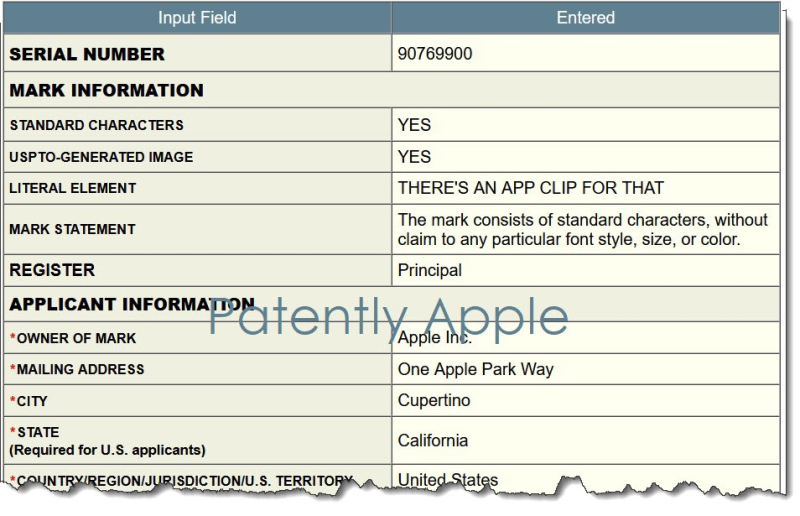 Although Apple says “There’s an app clip for that” in their announcement below, it wasn’t official branding when it was first released. Obviously, Apple now wants to have it as an official trademark, as evidenced by trademark filings over the past week. 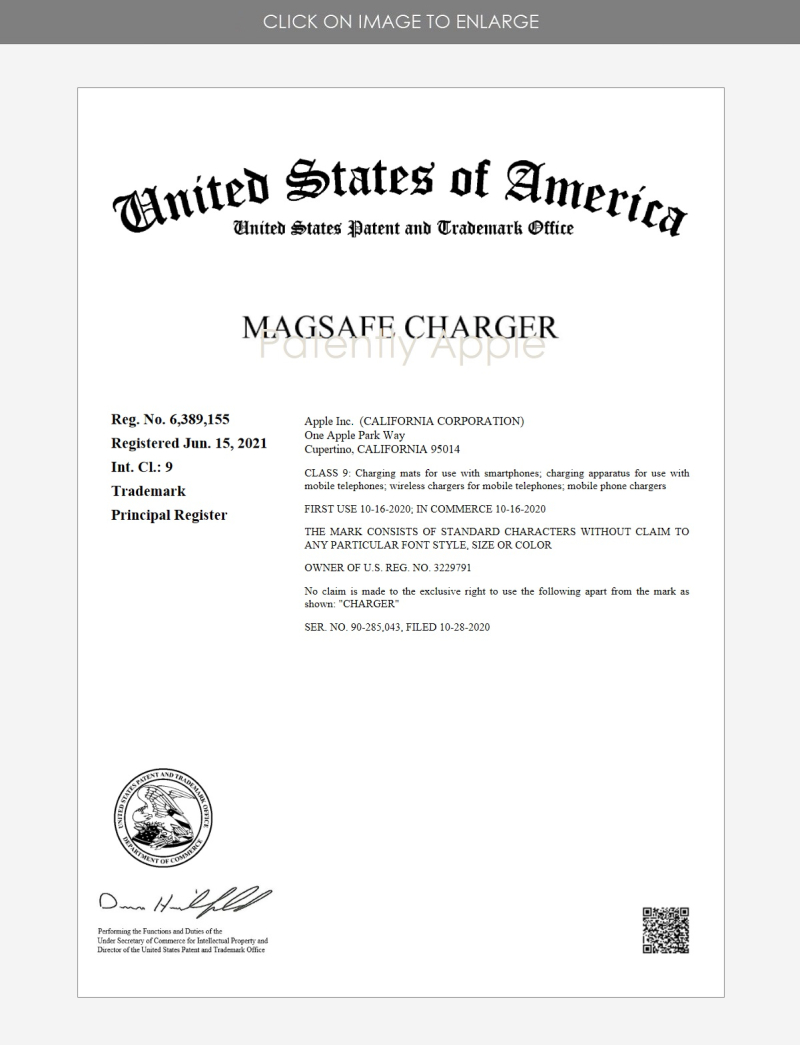