In this first 24″ iMac design patent from the Hong Kong Patent Office, under registration number 2117937.1M004, the entire iMac design is covered in multi-tone shading. All patents of iMac designs in this report have been filed under Locarno Classification 14-02 covering “Data processing equipment and peripheral apparatus and devices.”

Each of the patents covers a Declaration of novelty: “The characteristics of the design whose novelty is claimed are the pattern, the ornament, the shape, the configuration of the article as they appear in the representations.” 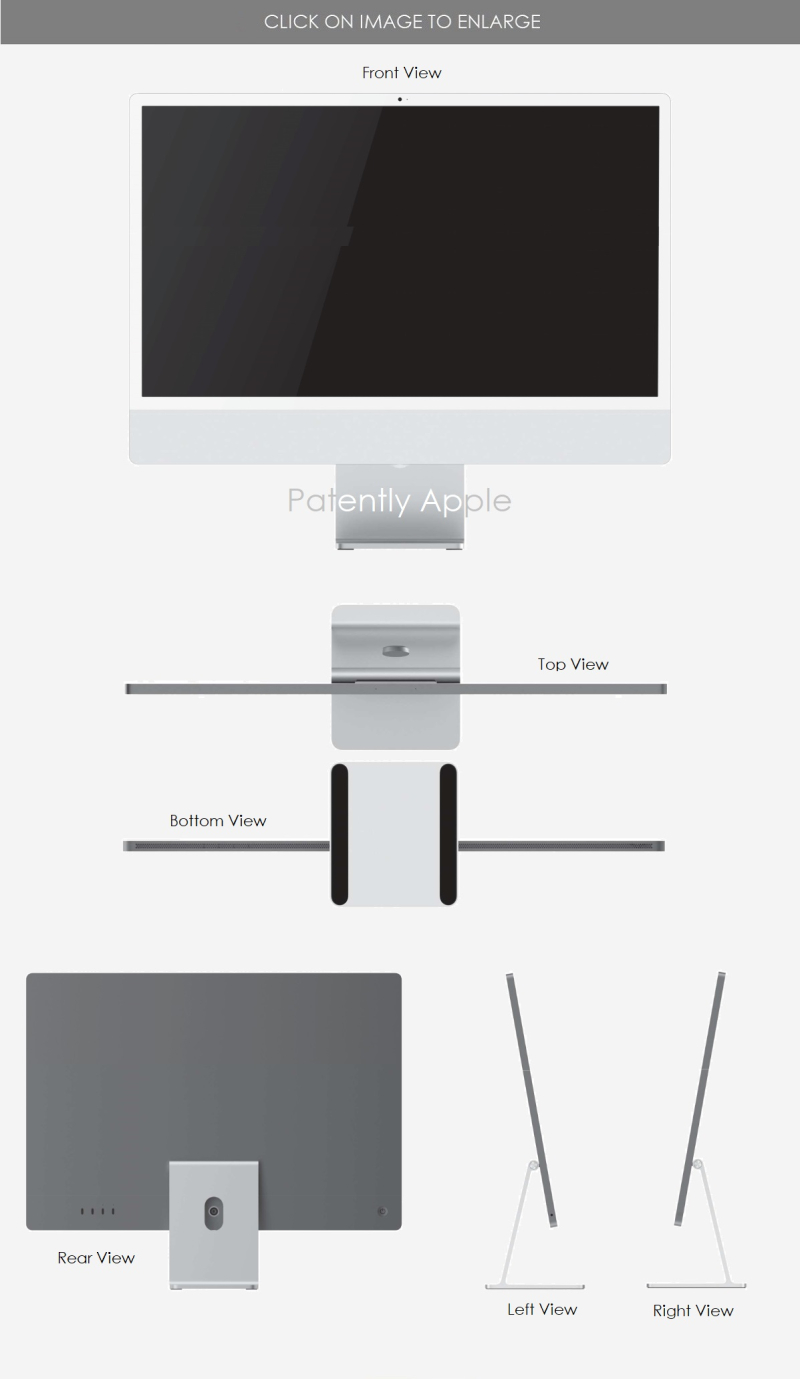 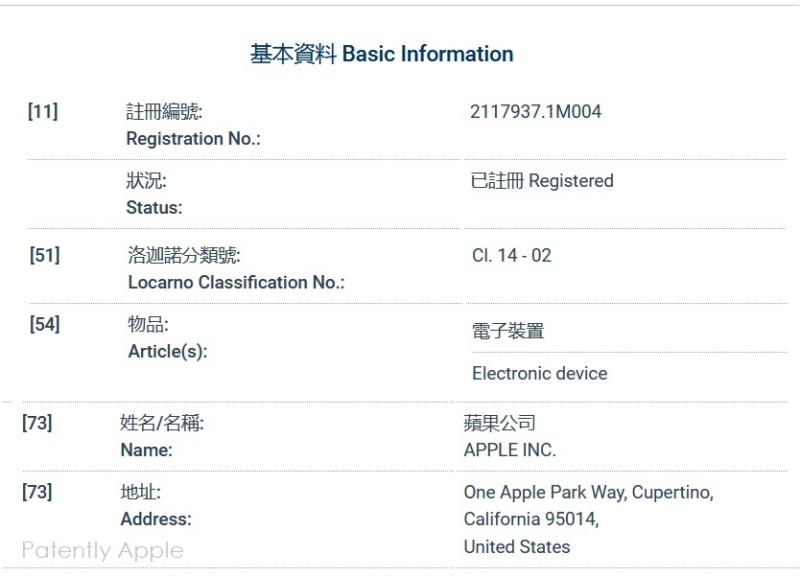 In this second 24″ iMac design patent from the Hong Kong Patent Office, under registration number 2117937.1M001, the complete design of the iMac is a bit confusing. Either it is a future version of the iMac without chin and bezel, or it shows the full screen of the iMac before the chin, bezel and camera were added.

More than likely, it’s the latter. Yet this is the problem with design patents insofar as they only provide the public with patent figures without crucial details. 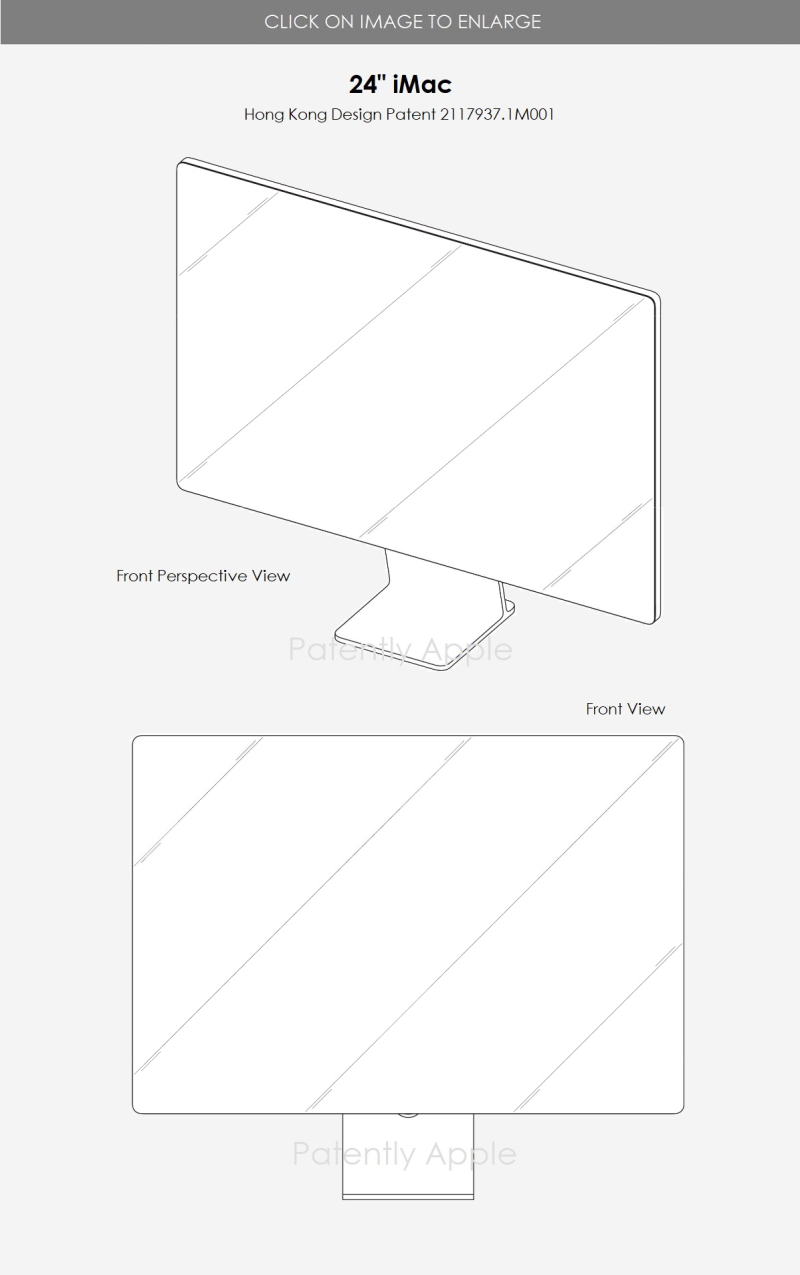 Another clue that the design is a plain design without the chin, bezel, and camera is that the rear panel, as shown below, doesn’t show the iMac’s ports. 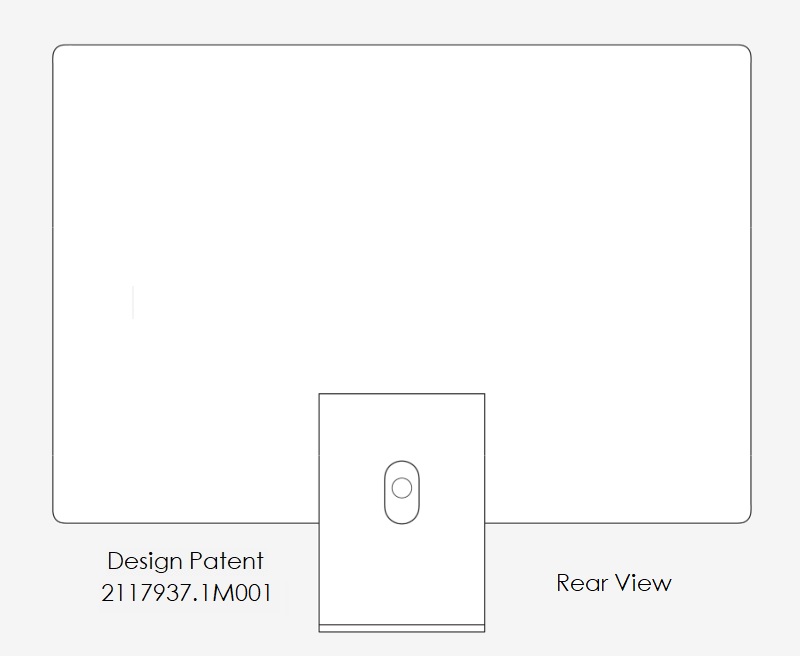 Below are the other two design patents granted to Apple for their 24″ iMac. As with most major design patents filed in Hong Kong, Apple seeks to protect very specific details about a design, such as the iMac. , in order to double the protection of the design.It could be the stand, the chin or the screen that Apple is emphasizing.We just acknowledge these design patents, but do not provide a series of numbers that are fundamentally redundant. 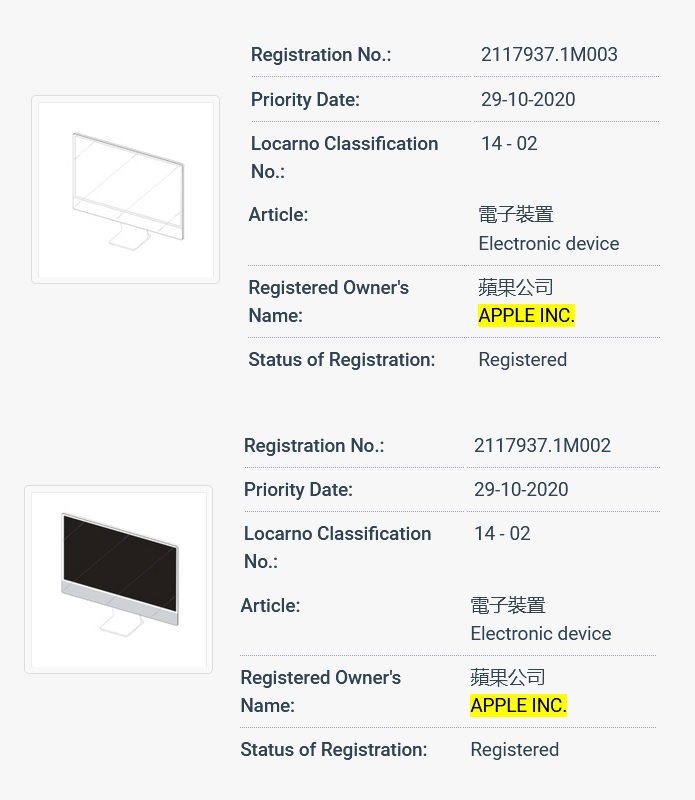 Examples of partial design patents that only emphasize specific elements

Below is an example of a single patent figure from Apple’s design patent 2117937.1M003 that emphasizes a single element of the 24″ iMac, the back panel. The front patent that Apple partially protects is not pictured.You will notice that the iMac stand is not covered in this design and is only shown as a dotted outline for positioning purposes only. 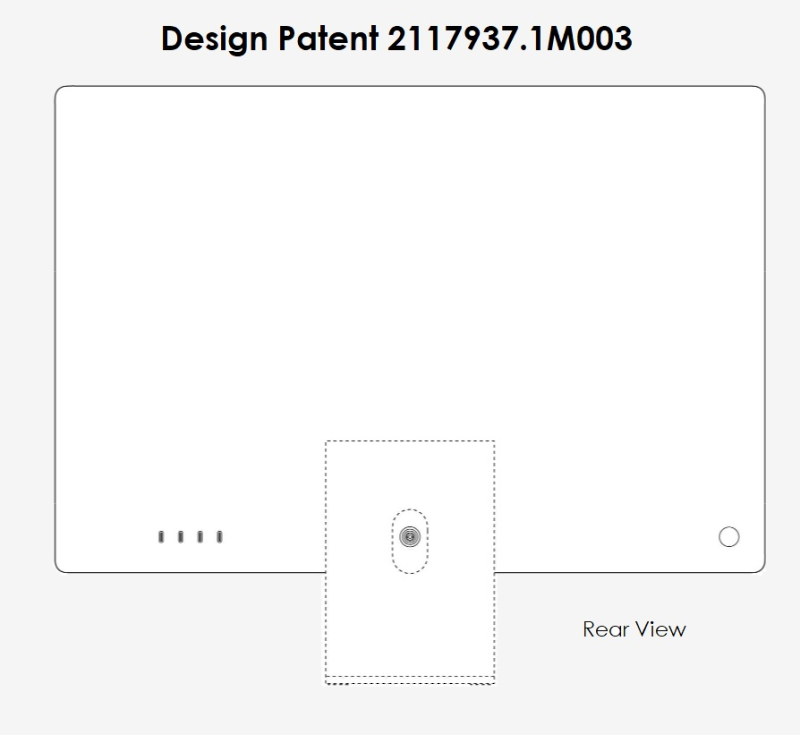 In Apple’s design patent 2117937.1M002, as shown below in part, Apple emphasizes the color front design of the iMac, not the camera or stand. 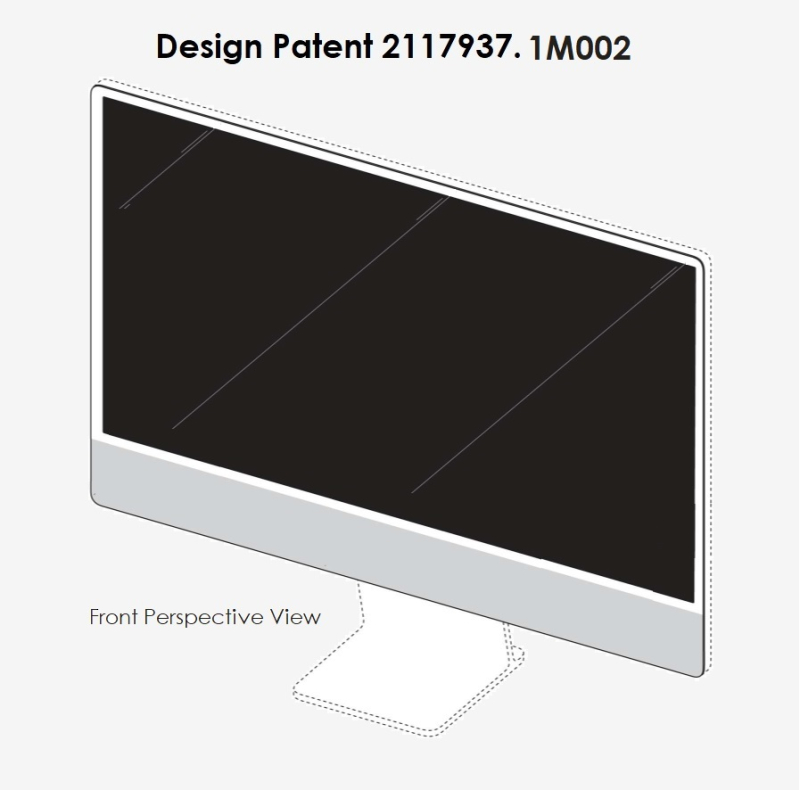