This is an important design patent decision that significantly narrows the scope of prior art available for early rejection in design patent cases. The result is that it should become easier to obtain design patent protection. The decision is only about 600 words – less than could be written on the case.

My kids have a variety of paper stumps that they use to smooth and blend their pencil drawings. The first image below shows a typical paper stump that artists have been using for many decades. The second image shows the design of Surgisil’s manufactured article that he is trying to patent (design patent). I also remember being fascinated by the double sized pencils you can see in the third image.

Although the three are basically identical in shape, Surgisil still thinks he should be able to get a design patent because his patent is for something different, the “ornamental design of a lip implant”.

The USPTO Examiner rejected Surgisil’s claims and the Patent Trial and Appeal Board upheld. In particular, the PTAB considered that for the purposes of anticipation, “the identification of the article of manufacture in the language of the claim should be ignored”. Further, although it is not analogous art, “the fact that a reference is analogous art is immaterial as to whether that reference anticipates.”

On appeal, the Federal Circuit overturned and instead ruled that the wording of Surgisil’s claim limited its invention to a “lip implant” design. As such, the prior art of drawing stumps and pencils does not provide for a lip implant. The court explains:

The decision here goes a step further than the Court’s 2019 decision in Curver Luxembourg, SARL c. Home Expressions Inc.., 938 F.3d 1334 (Fed. Cir. 2019). Curver Luxemburg concluded that a specific claim was limited to the wicker pattern applied to the manufactured article referred to in the claim (a chair) and therefore did not cover the use of the same pattern on a basket or other unclaimed article. The PTO had attempted to single out this case as applying to the particular situation where the drawings do not actually show the claimed article of manufacture. In particular, the court held that we “that the language of the claim may limit the scope of a design patent where the language of the claim provides the only example of an article of manufacture that does not appear anywhere in the figure”. Curver’s design was an abstraction showing only the wicker design, and the claim was therefore important in linking the design to a particular article of manufacture.

The laconic Surgisil decision did not attempt to explain why this case extends beyond the language of curve.

For many years, the USPTO has followed the same policy – claimed article makes no difference for anticipation purposes. These rules stem from an old CCPA case known as the In re Glavas, 230 F.2d 447, (CCPA 1956).

It is true that the use which will be made of an article does not affect its patentability as a design and that if the state of the art discloses an article having substantially the same appearance as that of a plaintiff, no matter what use such item is. Therefore, as far as anticipation by a single prior art disclosure is concerned, there can be no question of anticipation in design cases.

Identifier. A problem with Glavas is that it was a case of obviousness and therefore the above statement is dicta. The court had already recognized this opinion in Curve. The court also suggested that Glavas had been implicitly canceled by egyptian goddess. In egyptian goddess, the bench The court held that the ordinary observer test applies to the analysis of expectations. In this regard, an ordinary observer would not be likely to confuse a sharpened pencil with a lip insert. (Note that this last sentence is implied by the court in curve, but not expressly indicated).

Generally, the USPTO will consider this case a major change in expectations analysis. Eventually it will be even easier to get design patents – and apparently allows someone to get a design patent by grabbing a known design in the art and applying it to a new item Manufacturing. 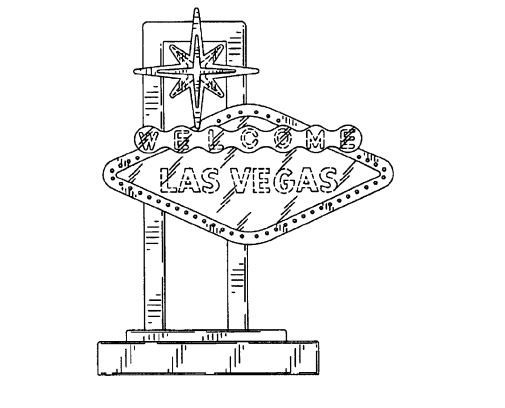