The battle of Apple patents against Samsung1 on the specific design features of the Apple iPhone has changed the landscape of intellectual property (IP). Now, inventors beyond the tech sector are realizing the commercial value of design patents to protect their intellectual property. Read on to find out how design patents can be used as a strategic tool to protect your outdoor recreation products.

CONTEXT: Historically, design patents (how a product appears when you look at it) have been eclipsed by utility patents (which cover how a product works) and trade secrets (information a company wants to keep confidential) like means of providing meaningful intellectual property. protection of a company’s product. There are advantages and disadvantages to creating design, utility, or both design and utility patents to protect a product. Generally, design patents are cheaper and faster to obtain than utility patents, but they offer a narrower scope of protection than a utility patent because only certain limited characteristics are protected (an inventor or a manufacturer may attempt to cover the entire “article of manufacture” with multiple design patents).

After Apple vs. Samsung, the scope of protection afforded by a design patent has potentially increased; and the damages available for design patent infringement may include lost profits, not just lost royalties.

HOW APPLE v. SAMSUNG CHANGED THE LANDSCAPE OF DESIGN PATENTS: Apple’s long-standing fight with Samsung over iPhone functionality seems like a worthy legal investment, as Apple’s damages are expected to be in the order of $ 500 million. The case highlighted the potential value of design patents and strengthened the ability of a patentee to enforce their design patent rights in order to collect greater damages from infringers. 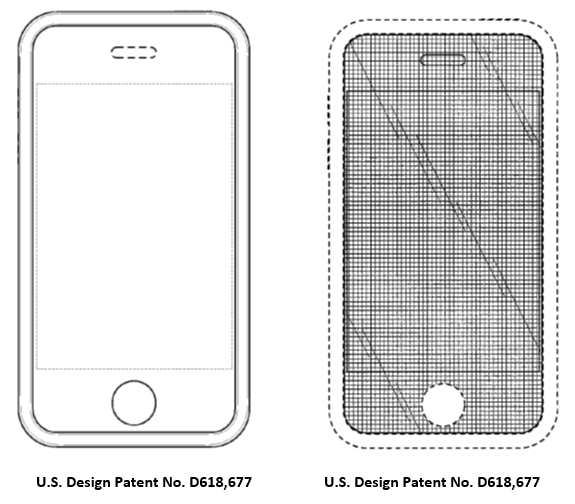 None of Apple’s design patents covered all of the functionality of the iPhone. Features shown in dashed lines illustrate features not claimed by Apple within the scope of the invention – they provide context for better understanding the design features covered.

The court found that several of Samsung’s smartphones infringed Apple’s design patents because they included design features covered by one or more of Apple’s design patents. Interpreting design patents more broadly than in the past, the court ruled that the rectangular-shaped iPhone case was a design feature protected by Apple’s design patent. But the game-changing aspect of the litigation was the court’s finding that at least some of the iPhone’s patented design features were so integral to the design of the phone that they couldn’t be separated from the features. not patented. Design patents were found to cover the entire “article of manufacture”, protecting a wider scope of iPhone design. This court finding enabled Apple to successfully argue that Samsung should turn over its full profits for sales of counterfeit smartphones, resulting in substantially more damage compensation than generally available for design patent infringement, typically. calculated on reasonable royalties from the resulting sales. .

HOW CAN OUTDOOR REC PRODUCTS BENEFIT FROM DESIGN PATENTS? Consider how the “design feature” versus “article of manufacture” patent might apply to an outdoor leisure product, such as a backpack. 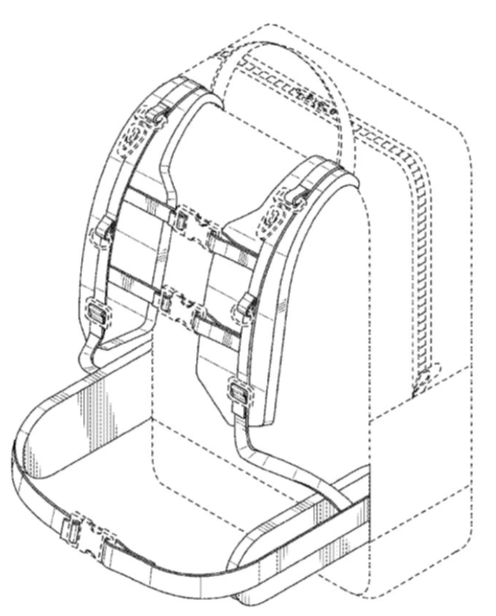 Another backpack product is illustrated in U.S. Design Patent No. D807,026 (representative figure below). Here, the entire backpack, delimited by solid red lines, is allegedly covered by the design patent – an “article of manufacture” patent. 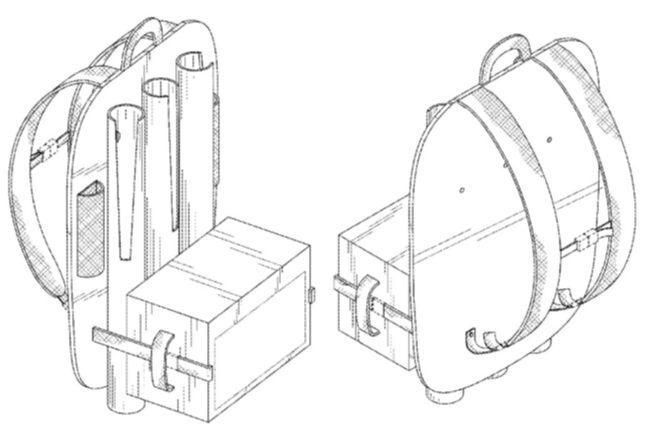 WHY APPLY FOR A DESIGN PATENT NOW? :

Proactively discussing your options with a qualified patent attorney will help you avoid potential pitfalls and allow you to maximize your patent rights in a competitive industry. Holland & Hart’s outdoor recreation team offers sophisticated design patent expertise. We help nascent and established businesses develop patent strategies so that they can protect and enforce design patents and other intellectual property rights.